Cryptocurrency, All Magic and Not in Reason

by Emily
in Cryptocurrency
0

According to the MUI, cryptocurrencies / cryptocurrencies such as Bitcoin, Ethereum, Dogecoin, Solana, Polkadot, Shiba Inu etc. contain gharar, dharar, and are contrary to Law (UU) Number 7 of 2011 and Bank Indonesia Regulation Number 17 of 2015.

“Regarding the cryptocurrency law, from the deliberations that have been determined, there are three legal dictums. The use of cryptocurrencies as legal currency is unlawful,” said MUI Fatwa Chair KH Asrorun Niam Sholeh quoted from Tribunnews, Wednesday (11/11/2021).

Cryptocurrencies / cryptocurrencies like Bitcoin, Ethereum, Dogecoin, Solana, Polkadot, Shiba Inu etc are gharar, meaning something that is uncertain. “Because it contains gharar, dharar and contradicts Law number 7 of 2011 and Bank Indonesia Regulation number 17 of 2015,” explained Asrorun.

In response to the news above, once the author was asked by a cousin about the cryptocurrency phenomenon in question about how potential it is (worth it or not) when used as a form of investment, the author answered, it’s better not to. From the author’s point of view, cryptocurrency is like a miracle that doesn’t make sense.

In relation, the author tries to explain to the reader. As we all know that every country on earth creates both currency and demand deposits as a legal medium of exchange or payment as regulated by law.

In practice, if a dozen eggs are valued at IDR 20,000, then you have to spend according to the nominal value. Even if you give money with a larger nominal, such as Rp. 50,000, – then you will get change with a nominal amount of Rp. 30,000, -. It can be seen from the example that it is clear that the value of currency and demand deposits here is clear, the nominal amount of money is based on the price of the commodity at the time you transact.

Then in relation to both currency and demand deposits to exchange rates with foreign currencies, it is also clear. For example, the selling rate of 1 US Dollar against the Rupiah at that time is Rp. 14,200, – while the buying rate is Rp. 14,000, -.

Then you exchange to the bank for 1,000 US Dollars, then you get IDR 14,000,000.-. The exchange rate of each country is different and each is influenced by internal factors (polekhukhankam of a country) and external (factors that have a broad or global impact on the world economy).

So the question is what about cryptocurrencies, what are the benchmarks?

Behind the unclear origins, cryptocurrencies also have ambiguity regarding the benchmark exchange rate.

But the day after something unexpected happened, when a tweet from an influencer who voiced to sell Bitcoin and caused the value of Bitcoin to drop to 600 million Rupiah. Or the opposite situation that makes the price of Bitcoin skyrocket from its previous value. The question is simple are you ready to accept that risk?

Then the next picture, we know that used cars are actually greatly influenced by market prices, because cryptocurrency is legalized, the market price does not apply because there are no benchmarks used.

If analyzed economically, you will not experience this risk if you transact using a legal payment instrument. Each commodity has the same properties following the market price. With the accumulation of the amount of risk that cannot be measured, Bitcoin is not suitable either as a means of payment or even as an investment. On the other hand, cryptocurrency is very vulnerable (has been hacked in some cases), although this is often denied by efforts to improve its security system.

The author realizes that most Indonesians are attracted to this new digital currency driven by the popularity of news from outside. But have you ever wondered what the purpose of the existence of cryptocurrencies is?

Cryptocurrencies aim to replace the centralized banking system and are considered a saving asset from economic recession, which is true.

At first glance it looks noble but we cannot deny that there is a dark veil behind it. The author just gives a clue, who are the initiators and owners of very large Bitcoin assets?

The majority of them are wealthy conglomerates whose main income comes from large-scale businesses. Of course, the risk of doing business on a large scale means that there is a big risk of loss and the business is influenced by complex economic factors.

If in the context of the world economy this is like water in a bucket where when you put your fingers in the middle it creates ripples or waves in the bucket, then the author’s cryptocurrency is like a toothbrush that is located elsewhere.

We can observe that cryptocurrency is a form of “safe heaven” for conglomerates who want to create their own game procedures. So who loses the most here? Which cryptocurrency to buy? Of course, those of you who are not interested in cryptocurrencies or countries whose economies are vulnerable because the value of cryptocurrencies cannot be controlled. 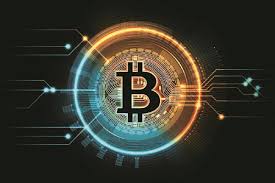 Indeed, at first glance, cryptocurrencies seem sexy and continue to be echoed so that the world will accept them. But again the author reminds, who will benefit the most here?

The author appreciates MUI’s step by establishing a haram fatwa on cryptocurrencies and the author believes that this decision has been carefully discussed for legal clarity and the common good of the people.

As input, if you are interested in investing, make sure that the investment you choose is safe and productive and avoids anything speculative.

The Importance of Passports

The Basics of Classic Car Restoration